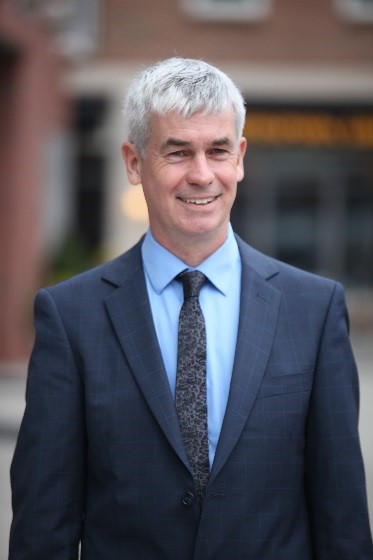 During April 2020, IBC students from the first, second, and third years took part in special English conversation classes with native-speakers in Princeton, New Jersey, who were under lockdown due to Covid-19.

The classes were organized and run by Mr. Frank Ryle, one of the world’s leading specialists in project management, and his daughter Ms. Oona Ryle, a Bryn Mawr graduate in government and politics, who had recently spent eight months as a field organizer, working on the presidential primary campaign of Mayor Pete Buttigieg.

Despite a twelve-hour time difference, students scattered across mainland China were able to communicate with these two new friends in Princeton. For four weeks, we shared experiences of lockdown, travel, studying, hobbies, food, pets, films, books, music, and our future plans and ambitions.

By sheer coincidence, while she was at Bryn Mawr, Oona Ryle had spent a semester as an exchange student at the University of Grenada in Spain, where one of the third-year IBC students spent the spring 2020 semester, much of it under lockdown. He returned to China in late April and joined the class from quarantine, which he told us was rather boring. He also told us about his rather hair-raising adventures in Spain.

The classes ended when Oona Ryle took a new job in California, as Regional Organizing Director of the Brynne Kennedy for Congress campaign, a demanding job which meant that she no longer had the time to hold conversation classes as well. With exams looming for all students, we decided that this was a good moment to call a halt, and wish Oona the best of luck in her new job.

But we hope to be able to welcome both Oona and Frank to Macau and China in the future, so that they can meet in person the students they came to know remotely. With luck, Frank may even come out here to conduct training sessions on Project Management, in which he is one of the world’s top experts. We have already promised to introduce them to Chinese hot pot, which our students told them is the best food in China. And they can’t possibly come to Macau without trying African chicken and the local egg tarts!