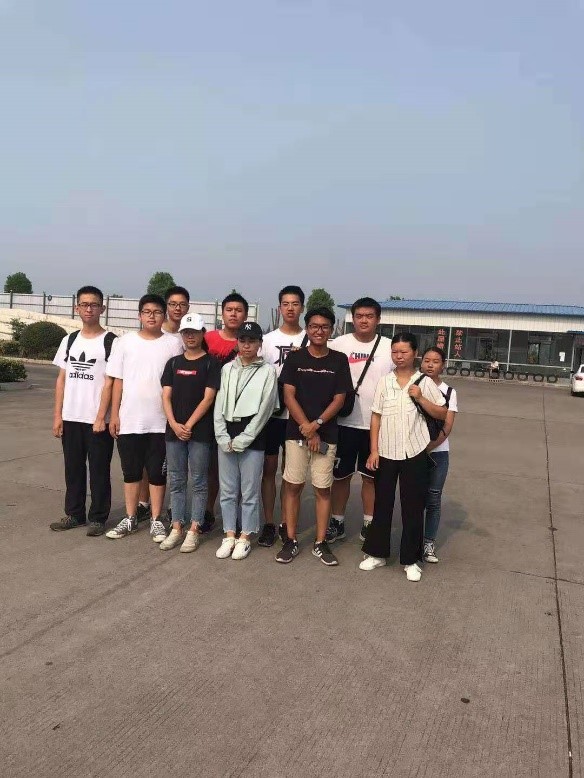 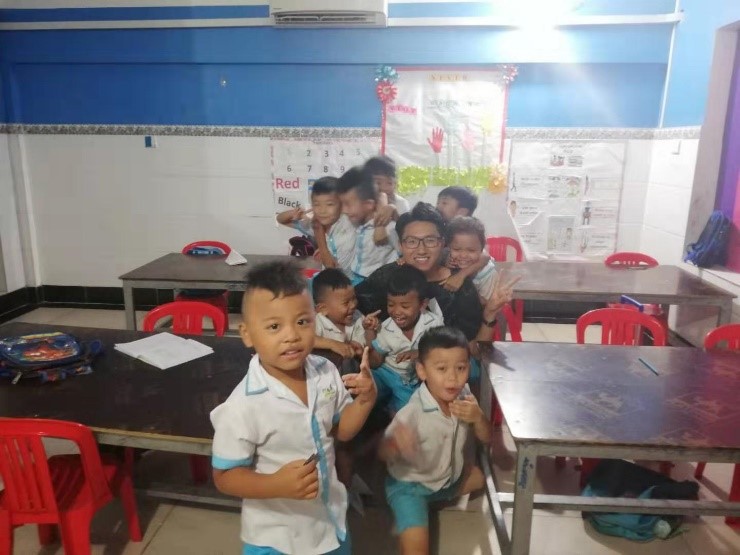 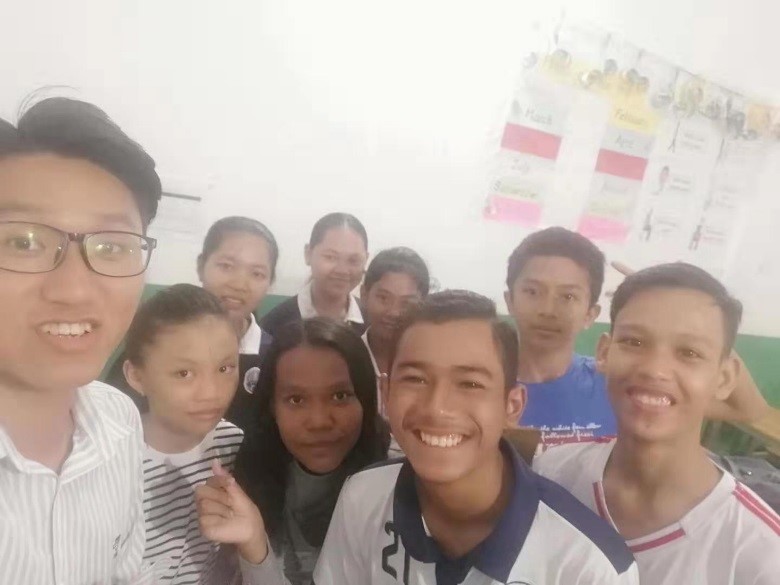 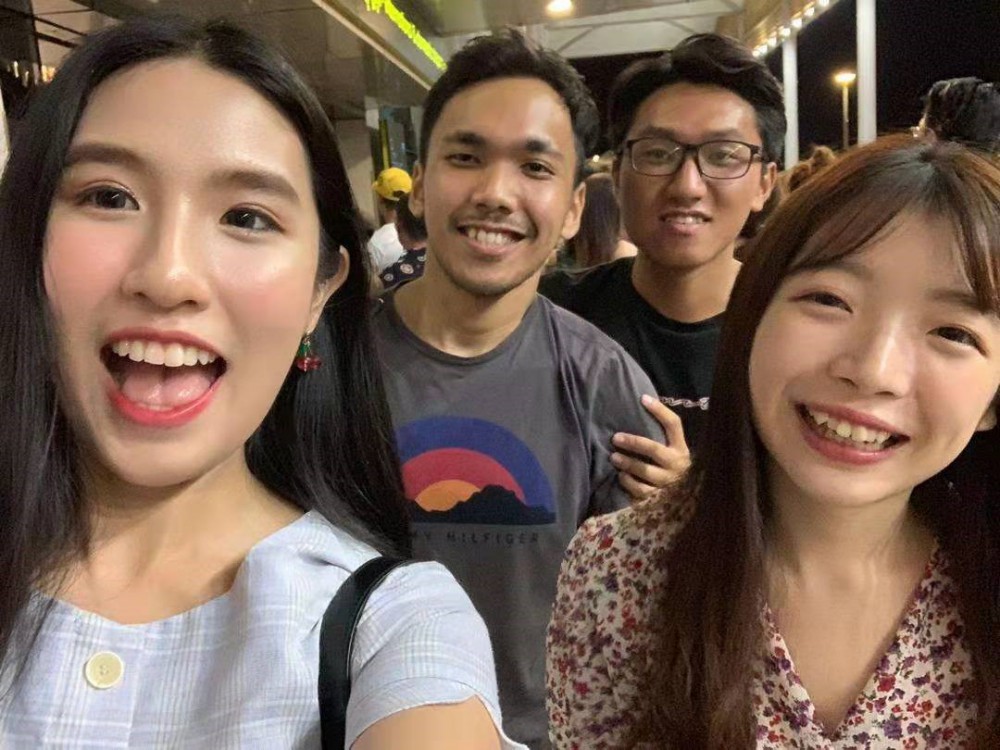 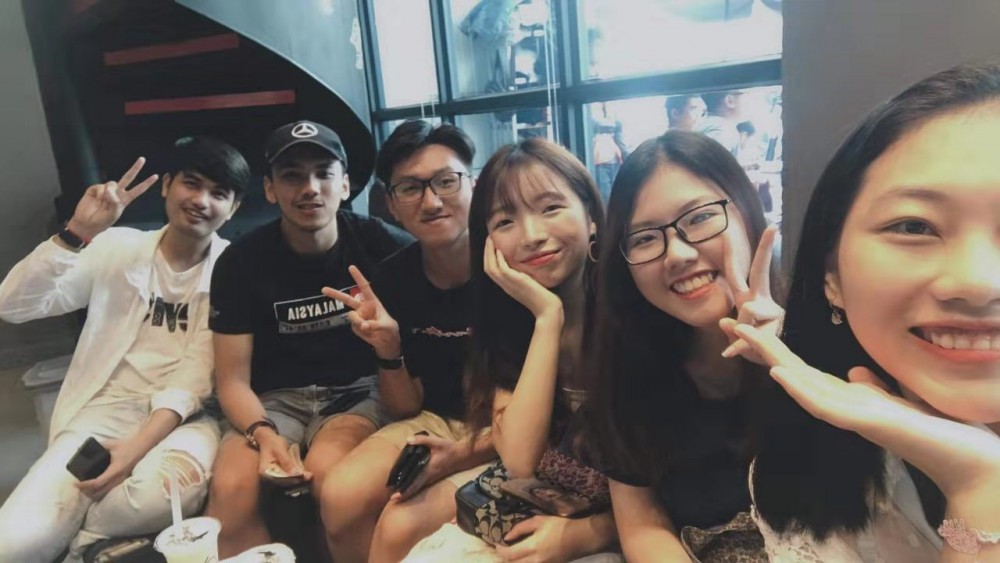 Actually, I didn’t realize that this summer I would be so busy before the final exam finished. The first three days I hurried to go back home with friends and guided them to travel in my hometown. That was pretty happy, but happy hours always fly. And for the following three weeks, I had to struggle at my driving lessons. Those were quite hot days and I had to practice driving under the sunshine almost every day. In the end, with no doubt, my skin became super dark. At least it was close to the local Cambodians and so was preparation for my next journey.

The first day I landed in Cambodia, I had to say that the international airport was really small compared with the one in my home town. The buddy from AEISEC (a global volunteer organization) picked me up to go to the school where I will teach the kids and teenagers for the next six weeks. In fact, at first my family didn’t agree with me doing such a job alone especially in Cambodia. It took me a long time to persuade them not to worry so much. I have to say that the surroundings and accommodation were not what I had expected. One medium size room without any furniture will contain five teachers. I had to go barefoot and slept on the floor directly. The washroom did not have a shower which meant I should use the bucket to take water and then hold a dipper to pour on my body. The experience didn’t challenge me actually until I met the kids from kindergarten. Most of them were super noisy and naughty, and at first time really hard to make them keep silence and sit down. My job was to teach them English, though I didn’t even know Khmer. So, I had to gradually become close to them and sing and play with them. I should regard myself as one of them but sometimes it’s important to keep a serious face to make them focus on study. That really worked. I was pretty satisfied when they called me “teacher”.

At the same time, I worked with a Malaysian boy who can speak some Chinese and toured with Thai, Taiwanese and Vietnamese girls. They were friendly and nice persons. We went out for drinks every week and chatted a lot with each other. Angkor Wat was pretty amazing and the great Khmer culture impressed me deeply. We still keep contact now and promise to reunite once a year.

Cambodia really changed me a lot. I still remember a local teacher’s saying, “We, as teachers, are not to control students but lead them”. That’s true. And I realize that only after being a teacher, then you will know how to be a student. I was not a good student for a long time. That is really a pity. Cambodia makes me realize that I’m so lucky to live in China. After I came back to my hometown, I still felt so uncomfortable about where I lived. The difference and the gap made me feel like that. My hometown is just a fourth-level city in China but the infrastructure and the management are much better than in Phenom Penh, the capital. I really felt pity for the local people there. There are so many things but it’s hard to write down all of them, I just feel I am not the same as a few months ago. But I really love my students, the teachers, and the school there.